Regulating Coercive Control: A Role for the Criminal Law? 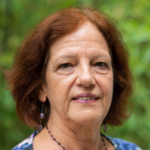 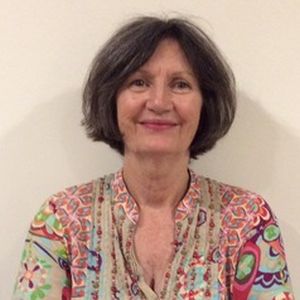 Should State and Territory governments introduce a new offence criminalising ‘coercive control’ in certain domestic relationships? This question has recently generated polarised debate in Australia. Interest in the possibility of criminalising this conduct has been driven by the enactment of related laws in the United Kingdom and high-profile cases of family violence in Australia where the death of a woman was preceded by a history of coercively controlling behaviour by her partner. Noting that Tasmania already has the offences of economic abuse and emotional abuse and intimidation, this presentation considers the limits of existing criminal laws in other States and Territories and the possibilities offered by enacting a new, standalone offence that would criminalise what victim-survivors often describe as the ‘worst part’ of domestic abuse. It also acknowledges that there are multiple challenges in developing and implementing laws to prohibit coercively controlling behaviour, including: promoting an understanding of coercive control in the community; defining, investigating, and proving intangible harms; distinguishing wrongful conduct from normative behaviour; avoiding fabricated claims; and not contributing to the incarceration crisis experienced by Indigenous Australians. While acknowledging these challenges, the desirability of prohibiting the repeated emotional and psychological abuse that is integral to coercive control requires that criminalisation be seriously considered.

Marilyn McMahon is a Professor and Deputy Dean at Deakin Law School. She is also a registered psychologist. Her scholarship and publications are primarily in the areas of criminal law and procedure. She is a co-author of a textbook in Criminal Law and co-edited a book dealing with the increasing recognition of coercive control in criminal justice responses to family violence (Criminalising Coercive Control: Family Violence and the Criminal Law, with P McGorrery). She has presented papers at international and national conferences and seminars and in 2018 was awarded a Victorian Parliamentary Library Fellowship. In addition to her academic work, Marilyn has been appointed to several independent statutory bodies including the Mental Health Tribunal, the Forensic Leave Panel and the Intellectual Disability Review Panel. She is also a member of the Australian Forensic Reference Group, a diverse group of scientists from various disciplines who provide independent advice to Victoria Police. Marilyn earned her Doctorate in Law from La Trobe University, a Master of Forensic Psychology and Graduate Diploma in Legal Studies from Monash University, and a B.A.(Hons) in Psychology and LL.B from the University of Melbourne.

Zoe Rathus AM is a senior lecturer at the Griffith University Law School.  She has published and presented widely on women and the law, particularly the family law system and the impact of family violence on women and children.  Zoe commenced in private practice in 1981 and became coordinator of the Women’s Legal Service in 1989 – where she then worked for 15 years.  She was Deputy Chair of the Taskforce on Women and the Criminal Code in Queensland in 1999-2000.  Zoe has been at Griffith University since 2005. She has been a vocal advocate for legal system reform for nearly 40 years.  She is currently Chairperson of the Immigrant Women’s Support Service and a member of the Queensland Law Society Domestic Violence Committee.  Zoe has received a number of awards, including an Order of Australia in 2011 for her services to women, the law, Indigenous peoples and education.