Does treatment for sexual offending work? What factors are important?

At present, the sexual offending field is experiencing a turbulent time. Last year, a 2017 Ministry of Justice Evaluation showed that the seemingly evidence-based prison service Core SOTP had not had its intended effect of reducing sexual offences. This has led to much debate about whether treatment for individuals who sexually offend actually works and confusion about ‘best practice’. In this talk, I will present the latest meta-analysis evidence on whether treatment ‘works.’ I will then examine some of the key research and practice areas that I believe require consideration in order to ensure the sexual offending field moves forward positively. 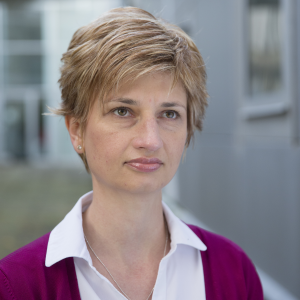 Theresa A. Gannon, DPhil, CPsychol (Forensic) is Professor of Forensic Psychology and Director of the Centre for Research and Education in Forensic Psychology (CORE-FP) at the University of Kent, UK. Theresa also works as a Practitioner Consultant Forensic Psychologist specializing in sexual offending and firesetting for the Forensic and Specialist Care Group, Kent and Medway Partnership Trust.

Theresa has published over 100 chapters, articles, books, and other scholarly works in the areas of male and female-perpetrated sexual offending. She is particularly interested in research relating to both the treatment needs and overall supervision of individuals who have sexually offended. This includes offense-related cognition and emotion, rehabilitation models (i.e., the Good Lives Model), offense-process models of offending behavior, polygraph-assisted supervision and truth facilitation, and attitudes towards individuals who have offended. Theresa is lead editor of several books including Sexual Offending: Cognition, Emotion, and Motivation(Wiley-Blackwell) along with Tony Ward, Aggressive Offenders’ Cognition: Theory, Research, and Treatment (John Wiley) along with Tony Ward, Anthony Beech, and Dawn Fisher, and Female Sexual Offenders: Theory, Assessment, and Treatment (Wiley-Blackwell) along with Dr Franca Cortoni. Theresa is also co-editor of several books that discuss or integrate sexual offending with other forensic topics and psychological factors.

Theresa serves on the editorial boards of several journals including Aggression and Violent Behavior, British Journal of Forensic Practice, International Journal of Offender Therapy and Comparative Criminology. Theresa is also Editor of Psychology Crime and Law and Associate Editor of Sexual Abuse: A Journal of Research and Treatment.